Nobody gets up close and personal with architecture quite like crane professionals…the two go hand-in-hand. In preparation for the SCRA Crane & Rigging Workshop conference in Chicago, IL, we decided to put together a list of the most interesting architectural designs found within walking distance of the annual workshop. This year the Crane & Rigging Workshop is being held at the Hyatt Regency Chicago in downtown Chicago.

Chicago is such a big city with so much to see, but there are so many amazing buildings very close to the conference center. It would be a shame if attendees missed the opportunity to recognize the unique designs from the early 20th century. Every building listed is within a 20 minute walk from the conference center. Whether you’re looking to get some fresh air or to stretch your legs, we have you covered. 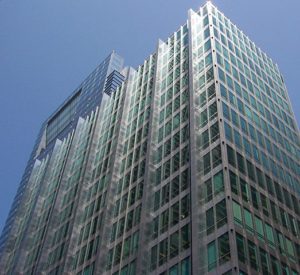 Constructed in the years of 1956-1957, this was the first skyscraper built in the Chicago loop following the Great Depression. This is still one of the city’s most defining buildings, which showcases the post-World War Two era of modern architecture. 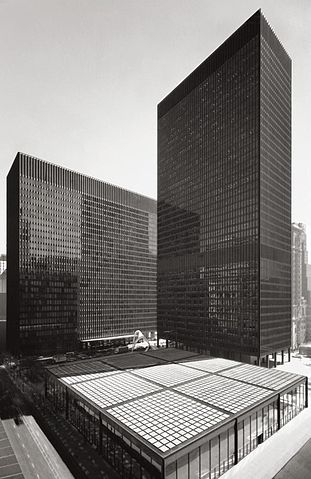 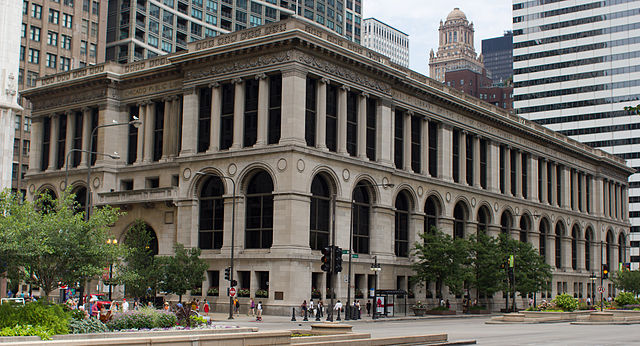 This Chicago Landmark was once the central library building, and was the nation’s first free municipal cultural center. It is now one of the cities most popular attractions and one of the most comprehensive art showcases in the United States. 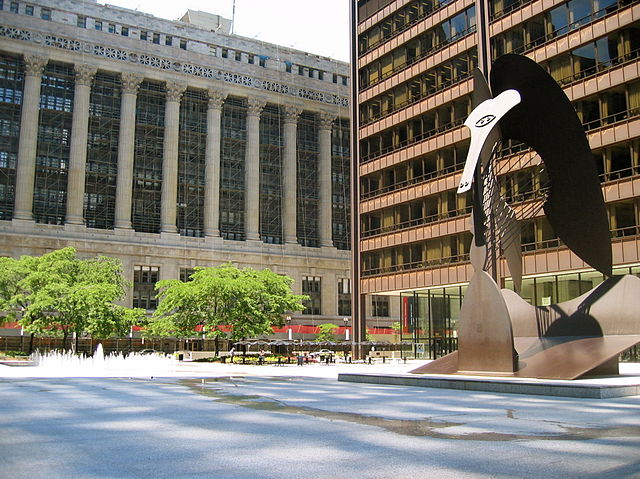 Named after longtime mayor Richard J. Daley, it is the premier civic center of the city. It was featured in major movie productions like, The Blues Brothers and The Dark Knight. Make sure to get your picture taken in front of this building!

5 – Chicago Board of Trade Building 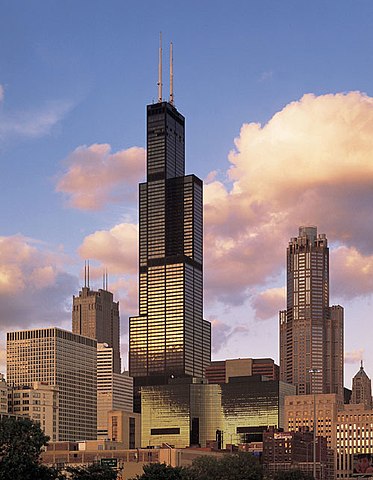 By Photo taken in 1998 by Wikipedia user Soakologist. No rights claimed or reserved. – From enwiki., Copyrighted free use, Link

The former Sears Tower was once the world’s tallest building and is still one of the most recognizable buildings in the world. It is a 110-story, 1,450-foot skyscraper that has become the 16th tallest building in the world since its completion in 1973. This amazing building sees over 1 million visitors each year; mostly to get a glimpse of the city from the skydecks located on the 99th and 103rd floors. 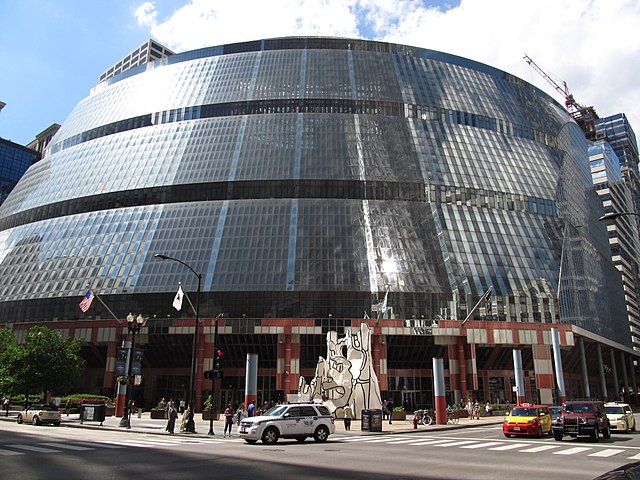 This building serves as a secondary capital for the state of illinois and holds offices for the Illinois state government. While the inside may not be in the best condition, it is one of the more fascinating buildings within the city. 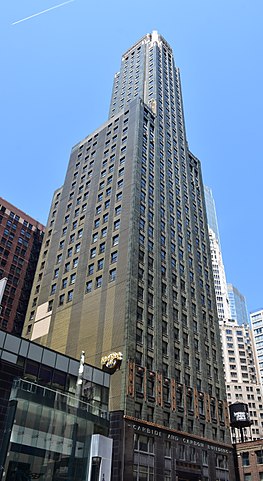 Covered in polished black granite, dark green terracotta, and gold leaf accents, this building is an Art Deco masterpiece as it demonstrates an appearance of the subterranean carbon deposits in the decay of ancient plants. It was designated a Chicago Landmark on May 9, 1996. 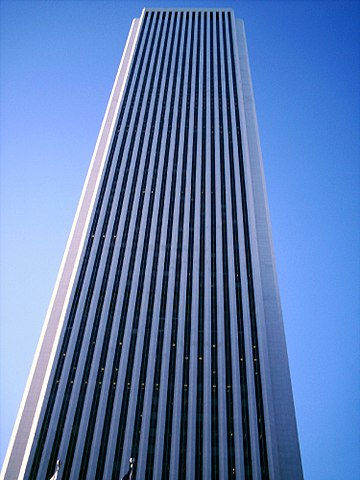 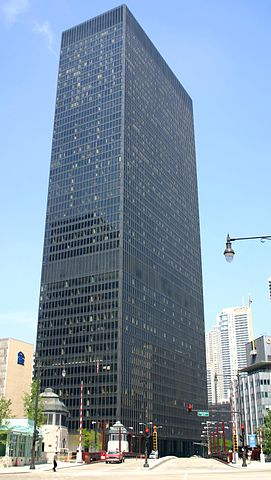 Currently a high end Langham hotel, this was once known as IBM Plaza and home to IBM. Now renamed AMA Plaza, this 52 story building overlooks the Chicago River and its major tenants include the American Medical Association (AMA). 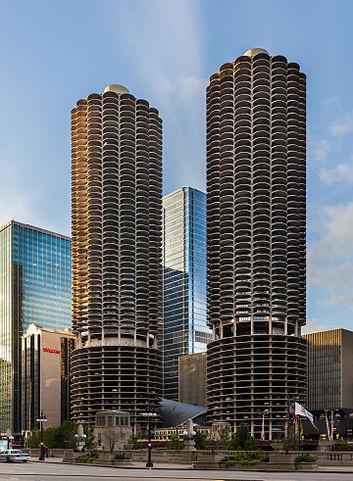 Marina City was the original “city within a city” development. It consists of two 587-foot, 65 story towers, and this was the first building in the United States to be constructed with tower cranes.

The Wrigley Building is one of Chicago’s earliest architectural icons. This building was one of the first major office buildings in downtown Chicago, which served as the headquarters for William Wrigley Jr.’s famous chewing gum company. 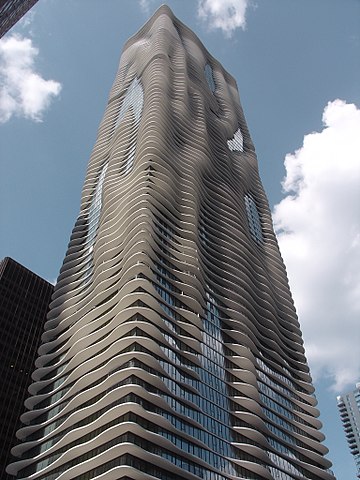 The Aqua skyscraper is an 82 story mixed-use residential building in downtown Chicago. It was previously awarded the Emporis Skyscraper award as 2009 skyscraper of the year. 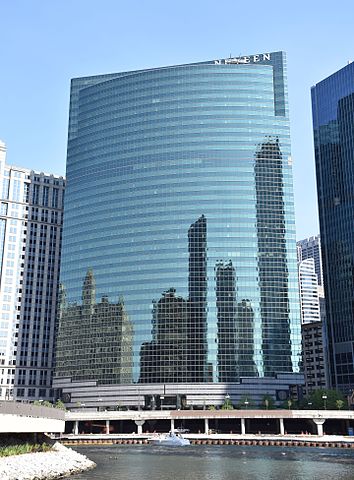 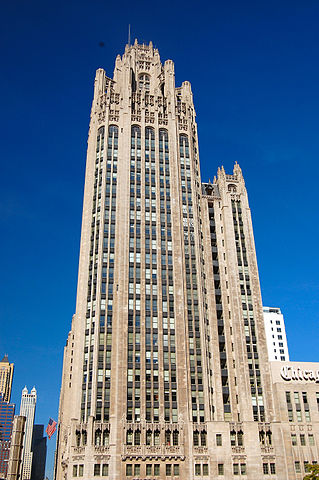 This neo-gothic skyscraper was once the home of the Chicago Tribune, which conducted both publishing and broadcasting from the location. It is listed as a Chicago Landmark, so it is a must-see during a trip into the city.